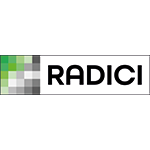 In 1950 Radici saw the light of day as Tappetificio Nazionale, a company weaving carpets on Jacquard looms. Within just a few years, the company had become a player in all the leading international markets. By the 1970s it had almost a thousand employees. In 1972 the fitted-carpet division was set up and the Sit-in brand was launched with major investments in tufting machines, dyeing and finishing machinery. In just a few years it became market leader in Italy, gained significant market share in Europe and opened branches in the main European countries and in the USA. In 1985 Acquisition of Due Palme, Europe’s oldest and largest manufacturer of wool fitted carpets woven on Wilton and Jacquard looms. After installing a Chromo JET printer, Radici became the European manufacturer offering the market the most complete and sophisticated range of products. In 2017 Almost 70 years after it was founded, Radici is the only Italian manufacturer of wall-to-wall carpeting through its Radici Contract, Sit-in and Due Palme brands.

Role in the project

RADICI will be participating in WP5 activities. Thanks to his skills in Carpet production Radici joined the project in order to introduce as component of his backing compound PVB instead of the standard components use.