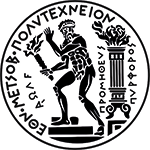 The establishment of the National Technical University of Athens (NTUA) dates back to the year of 1837, that is, just a few years after the foundation of the modern Greek State. It is considered as the most prestigious Educational Institution of Greece. Today NTUA has more than 7000 students, employs 700 persons as academic staff and more than 2500 researchers. According to the international QS rankings, NTUA is ranked among the top universities in the world for the year 2020, as announced in early March. In the subject of Engineering &Technology, NTUA has improved comparing to previous years and now holds the No.106 position worldwide and No. 29 in Europe. NTUA consists of nine Engineering Departments.

The Department of Chemical Engineering comprises 14 teaching and research laboratories, one of them is the Laboratory of Polymer Technology (LPT). LPT is historically the first Polymer Laboratory established in Greece. Still it is one of the largest Polymer Units in the country in terms of enrolments and infrastructure. Professor Papaspyrides has been appointed as director of LPT from 1994 until 2019 and during this term, his group at LPT, NTUA presents extensive research activity in the following fields:

The conventional solution to/or melt polymerization techniques stop at a low or medium molecular weight product, due to problems arising from severe increase of the melt viscosity and operating temperatures. Higher molecular weights may be reached by Solid State Polymerization (SSP) at temperatures between the glass transition and the onset of melting.

Polycondensation progresses through chain end reactions in the amorphous phase of the semi-crystalline polymer, which in most cases is in the form of pellets, flakes or powder; reaction by-products are removed by application of vacuum or through convection caused by passing an inert gas.
‐ Migration of Additives from Plastics. Packaging / “Nano”-Packaging
The research is focused on relating migration with characteristic polymer properties, such as: nature of the materials involved, molecular weight, crystallinity and previous history of the polymer sample, temperature (in relation with Tg), conditions of contact and surface crosslinking. Migration of nanosized materials is also considered since nanotoxicology aspects become rapidly important for public health.

Flame Retardancy Polymer-clay nanocomposites comprise a quite new class of filled polymers, with tailor-made properties suitable for specialty applications. The concept of the group’s activities here lies in two axes: in the first one, the objective is to investigate nanoparticles influence on solid state polymerization processes and to develop multifunctional organoclay-based catalytic systems. In the second axis, focus is given on polymer properties optimization in respect to flame retardancy. The synergistic action of organoclays and organic/inorganic halogen-free flame retardants is assessed in order to develop novel, efficient and “green” flame retardants.

Biodegradable Polymers Study on the enzymatic polymerization of polyesters and polyamides, which is a challenging low temperature and environmentally friendly process. Accordingly, the reaction of the desired monomers in the presence of the proper enzyme results in prepolymers, which are further post-polymerized in the solid state (SSP). Regarding biodegradable polymers, commercial grades (PLA, PBS) are chemically modified with proper additives via melt compounding so as to decelerate their hydrolysis and render them viable materials for long-term durable applications.

‐ Waste Management and Recycling of Plastics. Recycling and Migration

Recycling of Composite Materials Research on the “Re-melting/Re-stabilization Technique”, “Reactive Extrusion” and the “Dissolution/Reprecipitation Route”. In the first technique, the incorporation of processing, thermal and light stabilizers in the post-consumed polymer comprises an effective method to minimize the decomposition effects during the reprocessing stage and reuse, while in the second one the incorporation of appropriate chain extenders permits enhancement of molecular weight, in cases where this is a prerequisite for following reprocessing. On the other hand, the dissolution/reprecipitation technique, involves the separation of a specific polymer from a waste stream via selective dissolution with an appropriate solvent. Subsequently, the dissolved polymer is recovered by adding a non-solvent (reprecipitation) or by cooling or even by evaporation of the solvent.

Role in the project

Within the project, LPT will initially (WP1&WP2) assist in the characterization of the raw PVB grades, indicatively molecular weight, thermal properties, melt flow rate (MFR) and mechanical properties (tensile and/or impact). Furthermore, (in WP5) whenever the received PVB quality is not maintained at benchmark levels, LPT will undertake the critical role to restore key properties of the recyclates through re-melting/restabilization and/or reactive extrusion techniques. This process will result in different formats of Recycled PVB, depending on the degradation status of the raw material and the applied additive system. Here it should be mentioned that LPT has been collaborating for more than 15 years with CIBA Spezialitätenchemie Lampertheim GmbH (currently BASF GmbH) on establishing critical protocols on the so-called Remelting/Restabilization Technology.